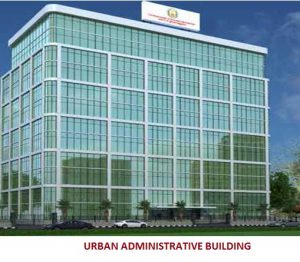 There are 20 Municipal Corporations (except Chennai) viz, Madurai, Coimbatore, Tiruchirappalli, Tirunelveli, Salem, Tiruppur, Erode, Vellore, Thoothukudi, Dindigul, Thanjavur,Nagarcoil, Hosur, Avadi Kancheepuram,Karur, Cuddalore, Tambaram, Kumbakonam,  Sivakasi  and 138 Municipalities under the administrative control of the Directorate of Municipal Administration. The Municipalities in the State have been classified into different grades based on their annual income as follows:

Municipal Administration has a long history in Tamil Nadu. In South India, the celebrated “Kudavolai” system of imperial Cholas, points to the existence of well-organized representative institutions. They were basic grass​root democratic bodies.

The History of local self-governance in urban areas has the following highlights: 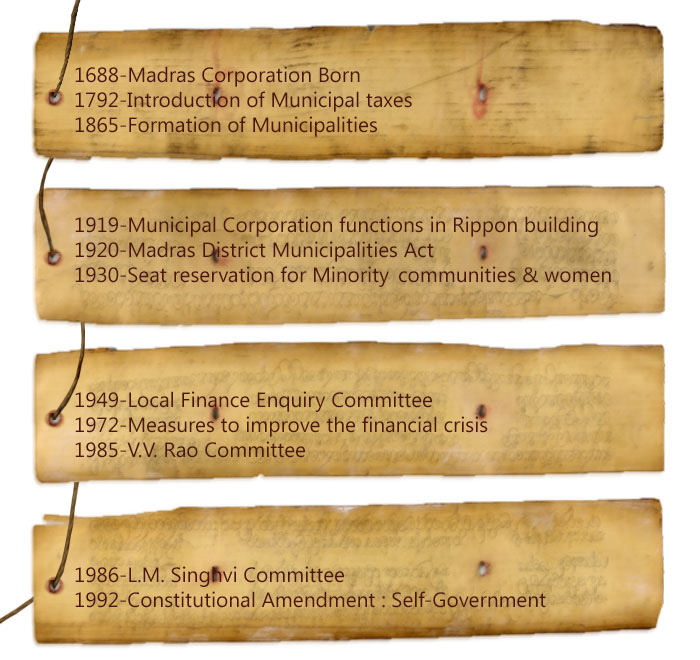 Constitution of State Finance Commission to review the finances of Municipalities