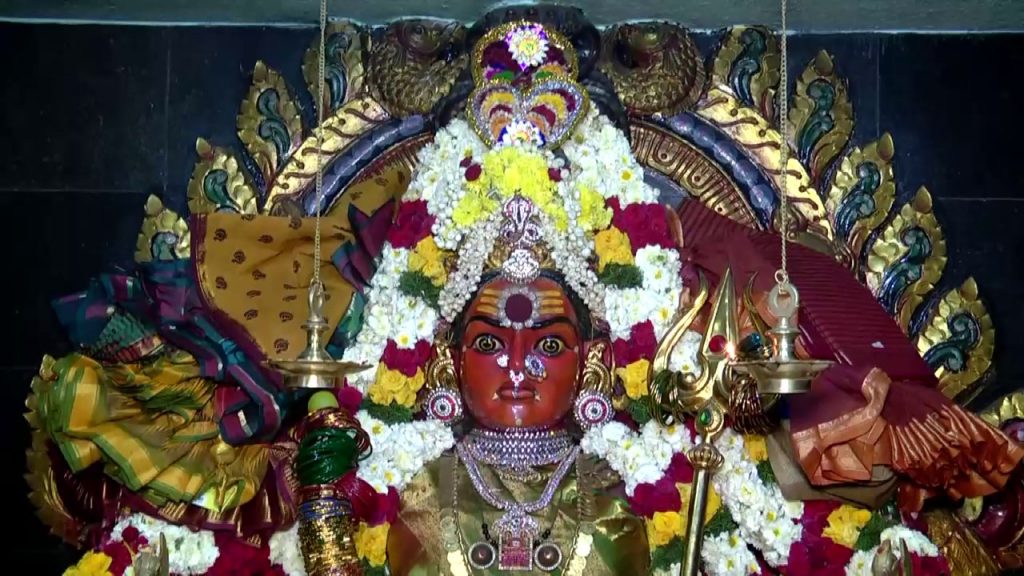 In the year 1966, during a cyclonic storm at Melmarvathur, a neem tree secreting sweet medicinal milk uprooted to reveal the SWAYAMBU (an oval stone- like emanation). The power above revealed itself in the form of the Swayambu and proclaimed that It had transmigrated into HIS HOLINESS BANGARU ADIGALAR and would give Oracles through him to save the World.

ARULMIGU ADHIPARASAKTHI SIDDHAR PEETAM. This Peedam is situated at Melmaruvathur,92 km south of Madras in Kanchipuram District of Tamil Nadu, India. This is the place where 21 Siddhars(saints) men as well as women from different religion, had their Jeeva-Samadhis (meaning, where the Siddhars left their human forms behind, while they are still alive as holy spirits).

The basic tenet of Melmaruvathur Adhiparasakthi Siddhar Peetam is “One Mother, One Humanity”, means the whole human race is one and all the human beings who inhibit this vast earth are children of Mother Goddess and therefore there is no distinction amongst the human beings on any basis, be it religion, race, creed, community, caste or even gender. The main objective for which the Siddhar Peetam strives is “the cult of Sakthi” that is, the whole humanity is born of one omnipotent Mother and hence the whole humanity is one, should be upheld, and each ane everyone’s grievances should be removed.